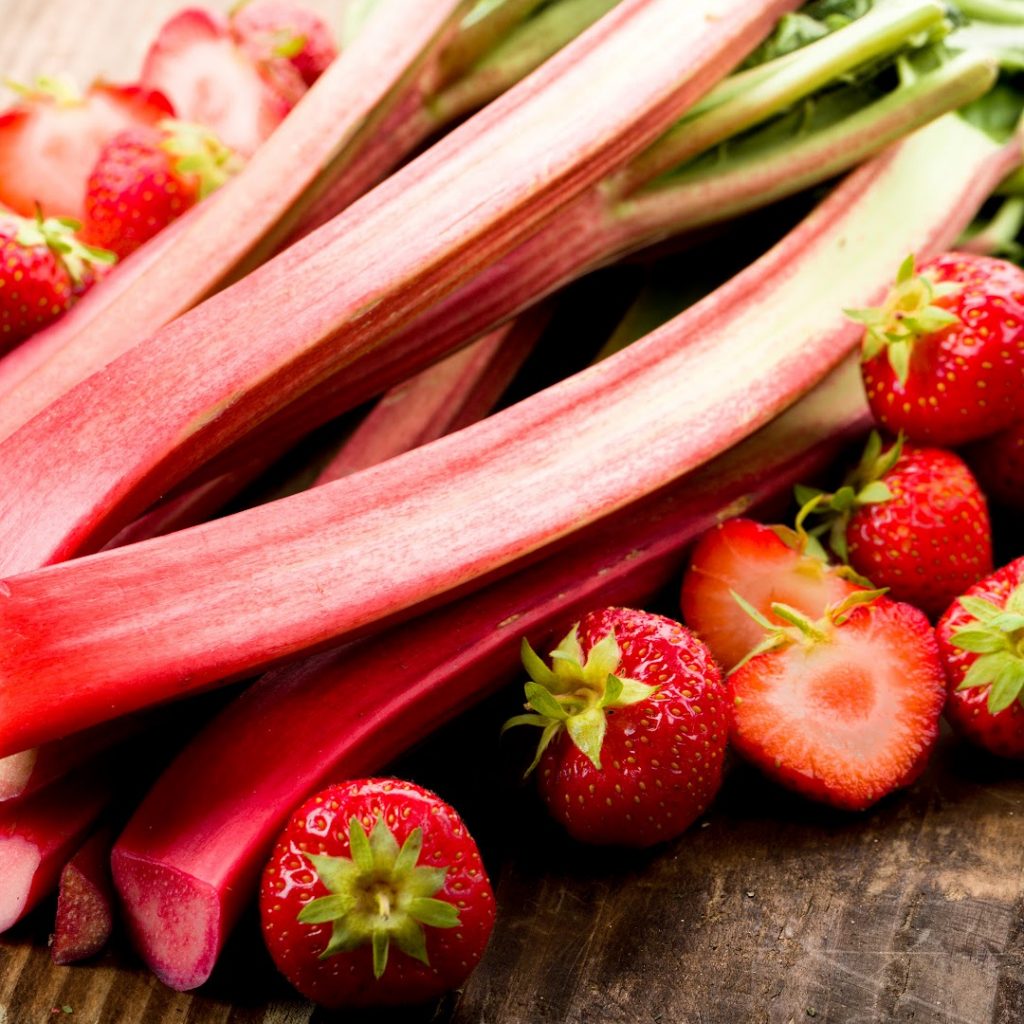 Home Fragrance Handbook – What does Strawberry Rhubarb Smell Like?

Today, in this home fragrance handbook, we’ll cover all the things regarding strawberry rhubarb, where they come from, what they smell like, and what other scents can intermingle with this one. Also, at the end of this guide, we’ll tell you how strawberry rhubarb scented candles with handmade coconut wax can be a perfect and seamless addition to your home space.

What are Strawberries and Rhubarb? Where do they originally come from?

Let’s talk about strawberries first. The word strawberry originated from the English word “streawberige”. Strawberry is one of the species of genus Fragaria that comes from the family of rose known as Rosaceae. It is an edible fruit that is rich in vitamin C. Strawberries are known to be native to North America. In the early 1600s, America’s first colonists used to ship large quantities of strawberries to Europe and other areas.

Strawberries were abundant in the early years and that is why early Americans didn’t cultivate strawberries. The cultivation of strawberries started at the beginning of 1900, when the blend of cream with strawberry became one of the finest desserts. New York became the hub of cultivating strawberries and since then, it has penetrated through Louisiana, Tennessee, Arkansas, Florida, and then the entire world.

Now, rhubarb, also referred to as a pieplant, is a hardy member of a smartweed family known as Polygonaceae. Rhubarb is particularly native to Asia and is generally grown for its edible leafstalks. The leaves of this fruit are poisonous because they contain oxalic acid that can be harmful to health. A fun fact about rhubarb is that it wasn’t utilized in desserts till the 1900s. It was considered a medicinal plant that was used and cultivated solely for medicinal purposes in China and Tibet till the late 1600s. However, it gained popularity as a delicious fruit in the 1900s and since then, it has been used in a lot of desserts, especially pie.

The smell of strawberry rhubarb is like a perfect blend of sour and sweetness. The scent of this combination is zingy, tarty, pungent, yet it’s full of sweetness, fruitiness, and freshness. Strawberries provide the sweetness, while rhubarb gives off the required zing and sharpness to the scent. It is not a very overpowering smell, but it is a strong one that can take you to new heights of bliss.

If you want to take a trip down memory lane to all those sweet times that you spent in your grandma’s home, strawberry rhubarb scented candles are a must. The opening notes of tart with the sweet base of strawberries will make you relive all those beautiful moments.

Homemade strawberry rhubarb scented candles coupled with coconut wax will be a complete summer hue that can be comforting and addictive at the same time. This coconut wax candle will fill your home with a strong yet fruitful aroma that will certainly take your breath away. 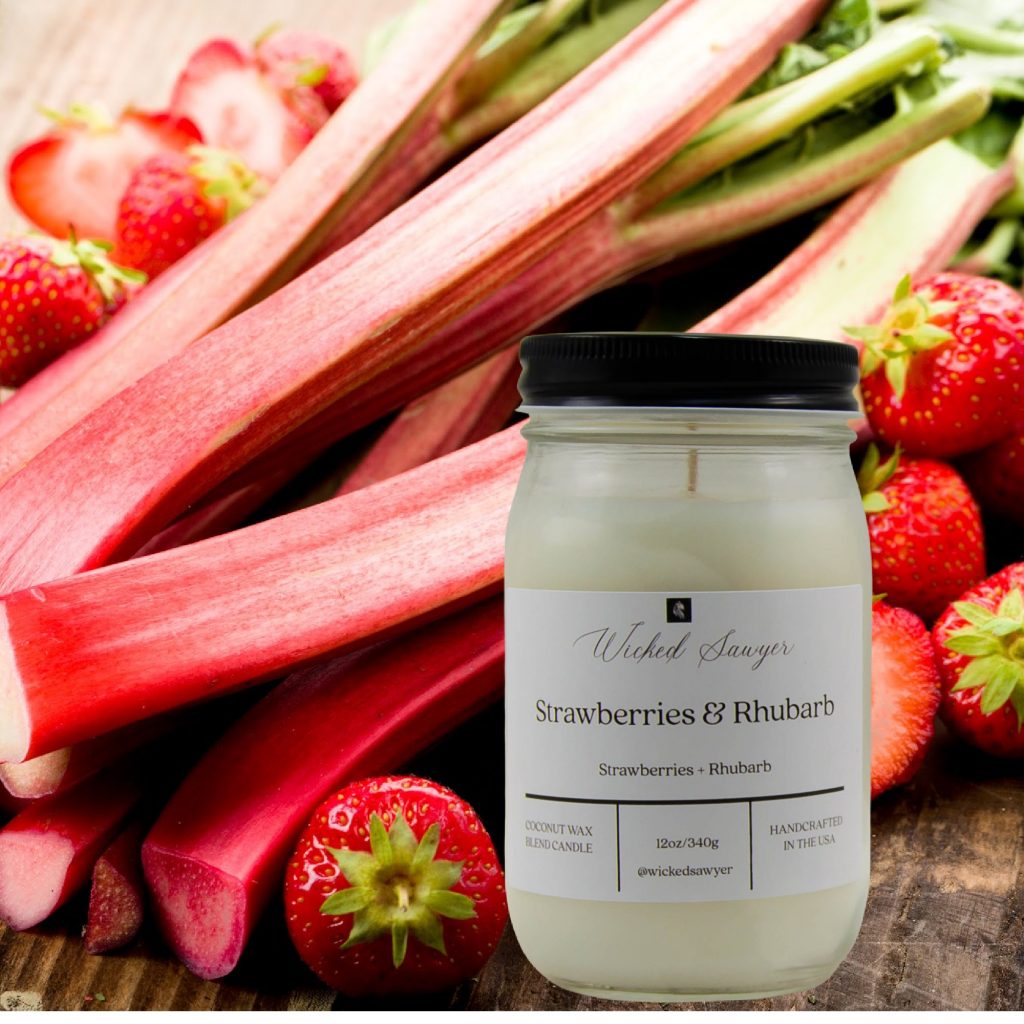 We all know that strawberry rhubarb scented candles have an enchanting aroma, but do you know this is not the only thing that they offer?

Scented candles provide all kinds of benefits that include:

Strawberry rhubarb scented candles can be a tasteful addition to your home décor. 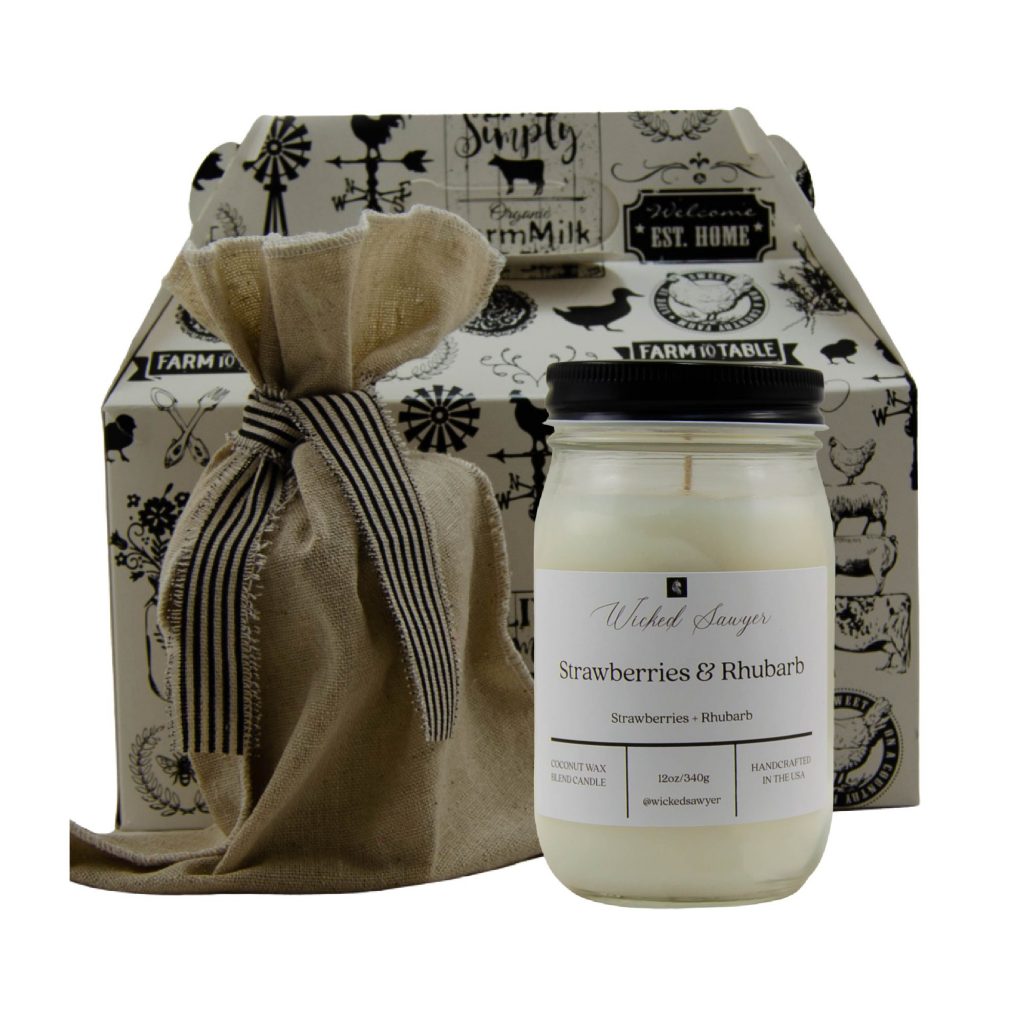 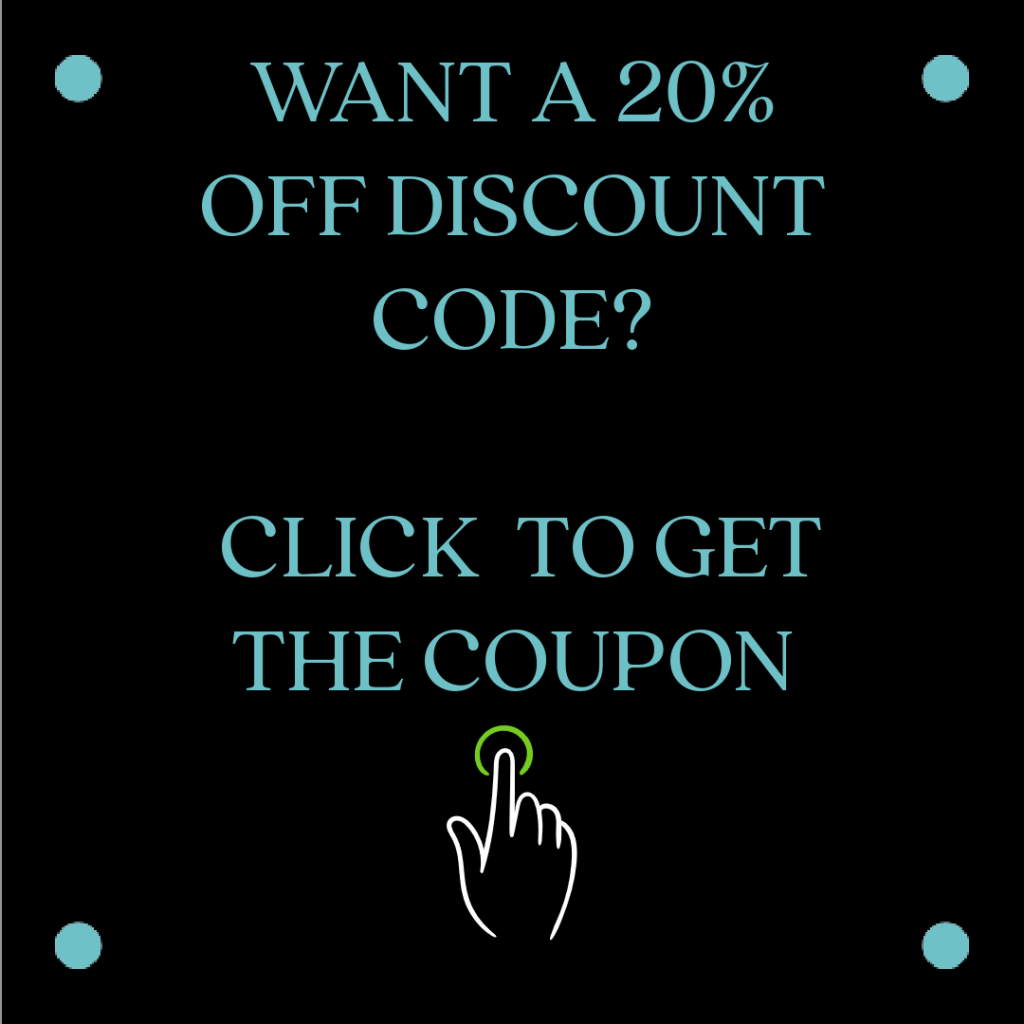 Free shipping for billing over $99.00